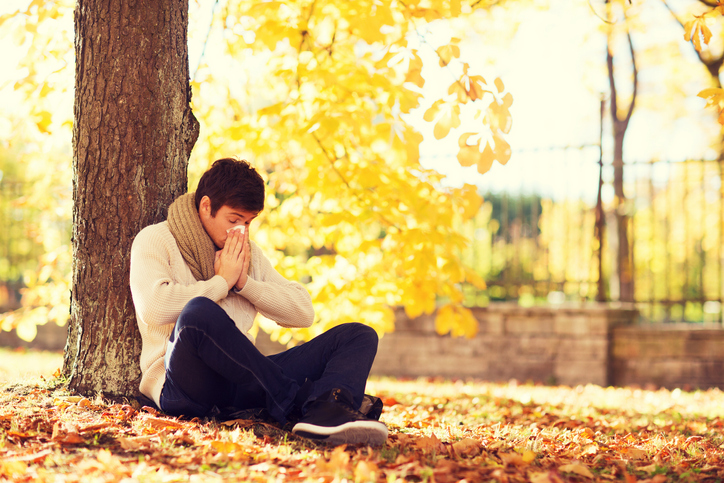 When I worked at Greenpeace for five years before I attended medical school, a popular slogan was, “think globally, act locally.” As I write this blog about climate change and hay fever, I wonder if wiping off my computer that I’ve just sneezed all over due to my seasonal allergies counts as abiding by this aphorism? (Can you clean a computer screen with a tissue?)

Come to think of it, my allergies do seem to be worse in recent years. So do those of my patients. It seems as if I’m prescribing nasal steroids and antihistamines, recommending over-the-counter eye drops, and discussing ways to avoid allergens much more frequently than in the past. Are people more stressed out, working harder, sleeping less, and thus more susceptible to allergies? Or, are the allergies themselves actually worse? Could the worsening of climate change explain why the rates of allergies and asthma have been climbing steadily over the last several decades?

Seasonal allergies tend to be caused disproportionately by trees in the spring, grasses in the summer, and ragweed in the fall. The lengthening interval of “frost-free days” (the time from the last frost in the spring to the first frost in the fall) allows more time for people to become sensitized to the pollen — the first stage in developing allergies — as well as to then become allergic to it. No wonder so many more of my patients have been complaining of itchy eyes, runny nose, and wheezing.

In many places in the United States, due to climate change, spring is now starting earlier and fall is ending later, which, yearly, allows more time for plants and trees to grow, flower, and produce pollen. This leads to a longer allergy season. According to a 2014 study at Rutgers University, from the 1990s until 2010, pollen season started in the contiguous United States on average three days earlier, and there was a 40% increase in the annual total of daily airborne pollen. According to more recent work by the group Climate Central, 83% of 201 US cities assessed saw their freeze-free seasons lengthen by two weeks since 1970.

Climate change is increasing the potency of pollen

In addition to longer allergy seasons, allergy sufferers have other things to fret about with climate change. When exposed to increased levels of carbon dioxide, plants grow to a larger size and produce more pollen. Some studies have shown that ragweed pollen, a main culprit of allergies for many people, becomes up to 1.7 times more potent under conditions of higher carbon dioxide. With warming climates, the geographic distribution of pollen-producing plants is expanding as well; for example, ragweed species can now inhabit climates that were formerly inhospitable due to colder temperatures.

Other unfortunate consequences of climate change, which we are already witnessing, include coastal flooding as the arctic ice sheets melt, which causes the sea levels to rise, and more extreme weather, such as storms and droughts. With the increased coastal flooding, mold outbreaks are more common, which can trigger or worsen allergic reactions and asthma. More extreme weather events, such as thunderstorms, are associated with an increase in emergency department visits for asthma attacks. (It is unclear why this is the case, but one theory suggests that the winds associated with thunderstorms kick up a tremendous amount of pollen.) Allergies and asthma are closely associated, with many people, this author included, having “allergic asthma” that is likely to worsen as climate change progresses.

So what can an allergy sufferer do?

Even as the allergic environment changes in conjunction with our climate, there are steps you can take to manage the impact of seasonal allergies and reduce sneezing and itchy eyes.

The post Save the trees, prevent the sneeze appeared first on Harvard Health Blog.